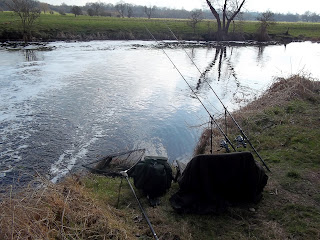 Well after my heady trip to the Itchen its was down top earth with a bump on Sunday. I headed for a local section of the Warwickshire Avon in search of a double figure pike .I have caught pike here before and so felt confident . Needless to say I blanked !!!! 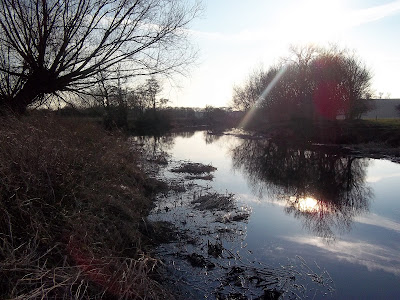 Thursday found me back on the river but this time in search of a late season Barbel. The days had been warm but the nights were not so good and water temperatures were dropping along with my confidence . The night was another blank without so much as a movement of the tips . I was off sharpish as a cold heavy fog came across the fields and the church bell in the village rang out eerily!!!!! 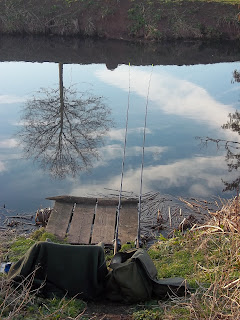 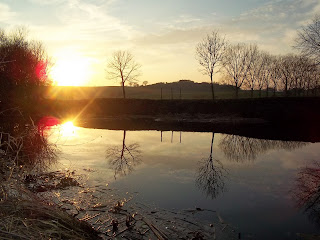 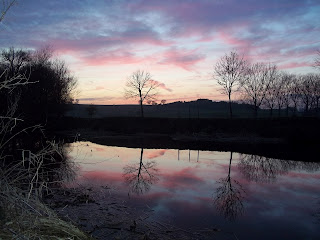 Not to be detered Friday saw me at it again. This time the more intimate upper Avon in search of a barbel. When I arrived at the river my heart sank as it was gin clear and the sun was high in a blue cloudless sky not ideal conditions . I set up in a known barbel peg and cast a good way down stream to a raft. I received to bangs on the rod all session and both times my barrel bait had been robbed from the hair . I decided to head for the pb and seek inspiration in a pint of Guiness. 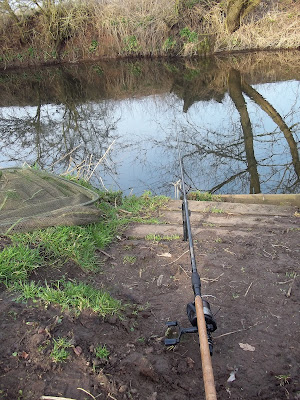 Saturday I had the pleasure of a pike trip with Andy (piscatorial pastimes). We headed to the river which we heard had been producing some Pike action of late . Im fairly new to pike fishing and so wanted to iron out some of my tactics and had Andy there to give me some pointers on what I was doing wrong etc.(Thanks Andy).....I fished on rod on the float with a smelt and the other I fished sink and draw with a small dead roach. On my fourth cast the bait was snaffled by a small jack close to the bank . He flung his head around and threw my hooks . Andy said to chuck my bait back out asap and re trace the line and sure enough the pike took the bait again almost instantly .After a spirited fight I had a 5lb jack in the net and another box on the challenge ticked.The rest of the day was dead and I sat and watched as Andy put together a lovely bag of Dace with very little effort . There were hundreds of fish just off his rod tip. 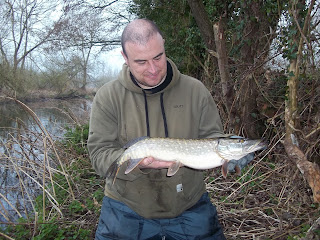 Oh well Ive wasted time on alot less worthy causes and enjoyed my time on the bank. Only a few days of the rivers left now so I will be getting on them at every opportunity.