Frost,fish and toast in trees..... 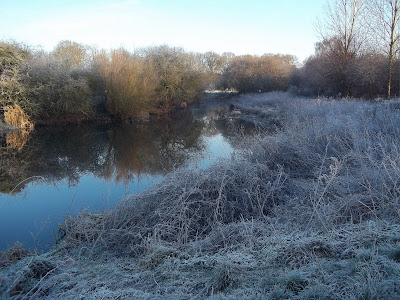 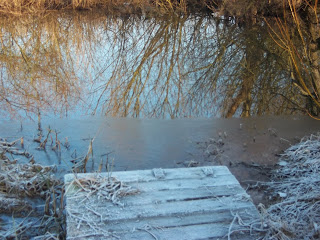 I arrived at the river Sunday morning to find it coated with thick frost and resembling something from the snow Queen's kingdom in  Narnia.

Cat ice lined the  slower flowing sections of the river and I felt that the session could be hard going. I dropped in to the end swim that I have grown to love and that is consistent with its production of fish. I cast my cheese and bread offering down tight to the margin and with in minutes the tip was away . On the strike I felt contact with the fish but the line fell slack . On reeling in and inspecting the line I could see I had been bitten off by a voracious fish. I tied on another size 10 hook and flicked another savory morsel to the same spot . Within two minutes the rod was away again and a good fish made off across the river towards the far margin. I dropped the rod to my right and brought the fish towards the surface it boiled and the line fell slack SHIT!!! . The line had parted under reasonable pressure and I could only think that it was because I had changed from my usual Drennnan double strength (3lb 6oz) to a Preston lower diameter version which was also 3lb 6oz B.S.

The line was stripped off and the old faithful double strength was tied on . The swim was dead and after half an hour I opted to feed some pieces of paste and head off upstream to 4 swims that I had pre baited on arrival. I went on to fish a total of seven swims through the morning without so much of a rattle on the tip . There are some real chub haunts up here but they are not producing . I believe it is due to the low clear water again and that the fish are shoaled up at the far end of the stretch.

Before returning to the car I dropped back in to the end swim and managed to winkle one out at 3lb 15oz's.
. The fish was more than welcome on the cold morning and its timing was perfect. 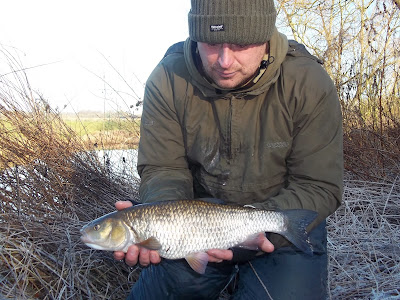 My better half in full border Morris dress. 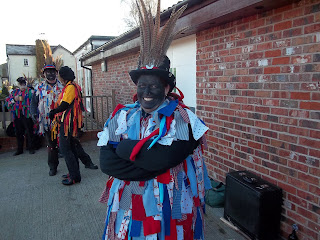 In the distance I could hear the faint thud of a drum . I new its was a drum as I new that there was a wassail taking place at the organic gardens, and that my better half and the border Morris group that she belonged to were dancing there . Speedily I made my way back to the car and shot around to the organic garden centre. 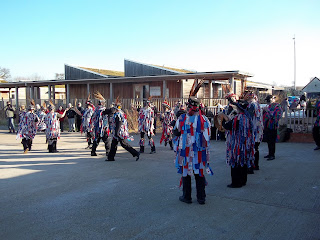 The scene that greeted me upon my arrival was one of much merriment and music .There were four groups of Morris dancers and they were taking turns to dance on the corner of the car park. After several dances we all made our way through to the orchards for the Wassail ceremony and to bless the apple tree. 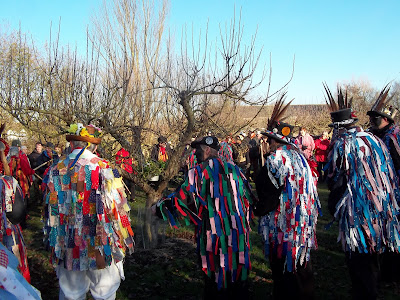 After making lots of noise and banging pots and pans and making weird whooping noises we were satisfied that the evil spirits were gone!!! Then a mass dance went on around the tree and cider was poured in to a large pan . In to the pan along with cider was tipped several  pieces of toast. The dance finished and we were all invited to come forward and take some cider soaked toast and place it in to the branches as an offering to the tree spirits . 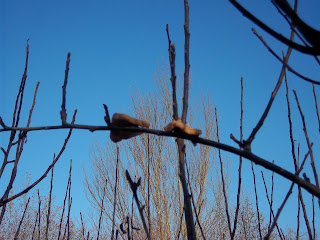 Then some bottled  cider was passed around and we drank it  and poured some on to the roots of the tree to anoint them and give the tree nourishment for this years crop.The cider was made from the apples produced by the tree we had just blessed I was reliably informed. The wassail made for a very lovely end to a lovely morning spent in the wilds of Warwickshire . I left for home and a roast chicken dinner along with one or two more ciders as an offering to the spirits of the apple trees and the earth.